Pastor Jenny is a child of the United Church of Christ, growing up at St. Peter UCC in Houston, Texas.  She is a graduate of Eden Theological Seminary, St. Louis and was ordained in 1986. Before coming to Green River, Jenny served churches in Toledo, Ohio and Indianapolis. IN.

Originally Jenny was going to be a veterinarian. Some folks still can't believe she gave up animals to work with people.  And sometimes she wonders about that too. But seriously, Jenny has a heart for people.

"We live in a world that is constantly battering at the heart and soul of people. Everyone needs to know that they matter to God.  Far too often people feel torn down. The good news of Jesus is that every person is beloved, beautiful to behold." 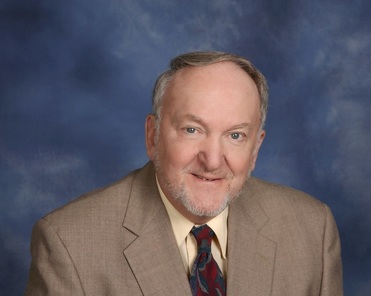 Bill has been a member of Union Congregational for quite some time and we are blessed to have Bill on our organ bench Sunday  mornings  accompanying us as we sing our songs of praise and prayer.

Bill, a native of Wyoming, moved to Green River way back when with his wife, Janet, to teach music in our elementary schools. Bill recently retired from the Sweetwater School District #2 after 46 years of teaching children the joys of music as well as how to make it - both with instruments and voice.

You can also find Bill playing trumpet with Sweetwater Sounds or singing bass in Don't Quit Your Day Job.  He is a gift of  music and good humor in our midst. 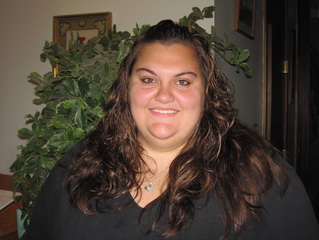 RayChelle is the voice you hear on the other end of the phone and the smiling face that greets you in the office.  She's the one who keeps things organized and flowing smoothly for both sides of the house (UCC and St. John's).

Raychelle is a life long resident of Rock Springs and also works at our sister church, First Congregational UCC, Rock Springs.  She enjoys the outdoors and is also a hunter. When she's not working, her favorite thing is spending time with her family and their fun little dog named Bow.
Proudly powered by Weebly